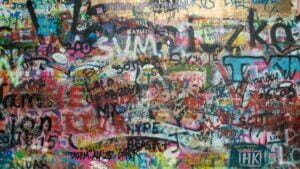 Writings on the wall [1]

I don’t want to be dishonest here and overstate any benefits I’ve gained from classroom study of that assortment of badly translated aphorisms, temporally/ linguistically/ culturally mispositioned dissertations, grossly misleading (if not entirely inaccurate) pop-journals/ tabloids/ lifestyle-magazine/ hobbyist-blogs [2], and abstruse (although admittedly entertaining) digressions, meditations and grand-father stories [3] lovingly passed down/on to us over the odd weekend yoga class.

Interesting for sure, and sometimes just a little thought-provoking. But I’ll be damned if you expect me to synthesize something coherent out of all that mad jumble floating around out there. Not saying there aren’t any lovely pearls of wisdom among all that dross. I’d wanna think there was some inspired thought behind every damn yoga article I find posted by some random fella with access to the internet. [4] 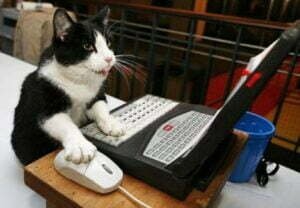 But every line of speech comes with a context. And every view expressed (or expressible) in our limited human languages would naturally be filtered, (mis-)translated and distorted by the very language which makes communications between gross sthula persons possible in the first place. Just think back to that time when your friend did something so outrageously dumb you were rendered speechless; Words cannot begin to describe just how stupid that looked.

Philosophy 101
One problem we have in philosophical studies in general is how painfully reasonable every single one of these individual philosophies sound. We have this saying in philosophy undergraduate studies; every aspiring philosopher will inevitably get disillusioned by the cluster-puck of distinct philosophical systems, each for all intents and purposes mutually and logically irreconcilable, but each each individually reasonably undeniable given their respective internally consistent watertight logics;

Buddhism [5] for all its superficial shortcomings seem legit. But so too does Confucianism. As does Socratism, Rawsian ethics, Nozickian theory, Hegalism, Idealism, the various Existentialism’s, and especially that messed up Neo-Kantianism with their fetishizing of synthetic a priori necessities.

Much of the conflicts might (potentially) be resolved if you worked hard enough to force-fit some convoluted reconciliations, but you’d still basically remain with this hard gordian knot of insoluble contradictions that actually multiplies as you attempt to further fix the mess. Don’t even try to incorporate further axioms from other well-established philosophers/philosophies; you’ll solve 1 problem, and create 10 other new ones. [6] 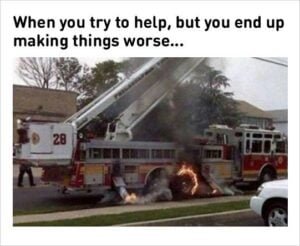 Me going into a new philosophy class [5]

All the Pretty Colors
“Commit it then to the flames: for it can contain nothing but sophistry and illusion” – David Hume

I’d think every sensitive, thoughtful individual who has the least interest in truth, fairness and intellectual integrity would naturally seek to bring their knowledge, beliefs and actions into some degree of coherence with reality. An open mind is receptive to the truths reflected in the world.

A gullible mind is unfortunately also open to all the bullshit in the world.

Satya pratisthayam kriya phala ashrayatvam. [7] Say I, like any other honest person, want to be true to both myself and the world. To live in good faith, I need to rest my convictions on a strong bedrock of inner knowledge of what is true, good and right.

To build up that strong foundation, I’d naturally turn to the observations, signposts and recommendations by my fellow wanderers in Samsara. Crowdsourcing ya know. And maybe what the next guy says may just be that key to enlightenment. Maybe that little factoid, maybe that little crazy idea can lead to my samadhi.

It probably bears noting that every item of speech, thought, utterance and writing is derived from another’s own personal context. These artifacts crystalised from the specific thoughts, problems, joys, worries, misfortunes and circumstances of one who was not you. A considered solution to another’s problem. For a life not your own, one that is just as steeped in confusion and disillusionment as yours. Is that really the way?

Smoke and mirrors. The blind leading the blind. 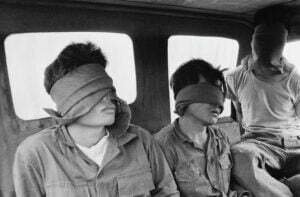 Back to the Beginning
Sva sva vishaya – asamprayoge chittasya svarupa – anukaara aiva indriyanaam pratyahaarah. Tatah parama vashyata indriyanam. [8] Mind bewildered by all the accumulation of thoughts. Thoughts lead to distractions. Thoughts lead to stubborn attachment. Too much information, too little wisdom. Coveting it all, blinded by it all.

Now some French gentleman from way back in the 1600s had this idea. [9] It went something like this; I recognize that a lot of beliefs I have had have been later revealed to be untrue. Very likely, a good deal of my other existing beliefs would turn out to be false as well. Given this apparent unreliability of facts and beliefs, how can I ever be sure about anything at all?

And so this fella cooked up one of the most famous bit of philosophy gold that I’d hope at least some of my dear readers have enough culture to vaguely recognize;
“Cogito Ergo Sum”. I think, therefore I am. (Imma just casually put down some bold and underline for the obligatory honors to the Enlightenment Godfather.)

Okay, maybe the conclusion wouldn’t sound all that aligned with Hindu (yogic) and Buddhist philosophies at first glance. Actually, it probably wouldn’t seem any closer on second or third glance either. But the underlying logic is sound, and the method doubles as a pretty handy lifeline for all of us treading water in this Information Age;
1. Accept only information you know is true.
2. Break down these truths into smaller units
3. Solving the simple problems first
4. Tackle the more complex problems later by building upon established truths

So before I go and take in all the newfangled shiny ideas floating around the interwebs and give myself internal mental hemorrhage, I start out basic, and then build from there. Maybe you start from first principles. Maybe you build from your foundational experiences. Maybe you go full zen, Om out, and go listening for that small bright light that’s flickering out from within you.

Not 100% yogic maybe. But I’m sure we can see eye-to-eye on some of these foundational approaches before we head our own ways to our respective enlightenments.

“Only after wisdom comes to rest does one possess certainty; only after one possesses certainty can one become tranquil” Confucius, The Great Learning 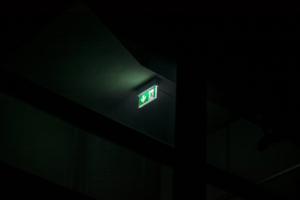 The small bright light within [11]