Ishwara pranidha is the last of the Niyama in the 8 limbs of yoga.

WHAT IS ISVARA PRANIDHANA AND WHY IS IT IMPORTANT?

-ishvara = God, Supreme Being, Divine, a Deity, Goddess, all names

Here it states that Surrendering to the supreme being leads to samadhi which is the central concept of yoga for deep inner stillness and silence for extraordinary insight.

The concept supreme being is not so much of a fixed ‘God’ but rather, is aptly referring to the original source of knowledge and wisdom/ something of higher power.

And Pranidhana which is being in a state of humility and trusting in prescence of something higher, not just in good times but in everything all the time. Surrendering ourselves to the higher force is one of the key concepts of becoming one with the greater being.

“If Isvara is the compass, Pranidhana is remembering to stay connected to that essence, not just occasionally but throughout the day… Isvara Pranidhana connects every action to its sacred source.” (Yoga Journal, “Isvara Pranidhana: The Practice of Surrender,” Shiva Rea)

HOW DO WE SURRENDER OURSELVES TO THE DIVINE?

When the word surrender comes to mind, it brings up the issue of losing control or becoming powerless. Fear may sink in when our egoistical self realize that we need to lose ourself/give up our identity and can’t control our environment/result.

But let’s dive deeper to realise our true self. The self is a process and there is no end. In reality, we are always changing, interdependent with our surroundings and environment.

Sunya or Sunyata is sanskrit word loosely translated to zero/nothingness/empty/void, but it is not nihilism. It is pure consciousness, the non-conceptual state of mind, absent of both negative and positive thinking. It is emptying out our illusionary constructions and come out of our ignorance. It is zeroing out our desires and purifying to meet our true nature of mind, realizing that the essence of the true nature of all realms is sunyata.  Understanding this will let us experience the complete absence of I, me and mine which binds us to Samsara. It also helps us understand the universal oneness with nature and develop compassionate traits.

By using the concept of zero in yoga, it helps us to zero our desires, attachments and ego, and conditioning our mind to become like zero (‘’sunya’’) through meditation. In so doing, yoga helps us to establish the identity-which is the union between the finite self, the Atman(inner spirit) and the infinite All (Brahman). Brahman is all and yet Brahman is without attributes. Having zero attributes, Brahman is also called “sunya,”.

WAYS TO KEEP IN CHECK

-Knowing what is beyond my control and the limits of my understanding.

-Let go of expectations, hope and attachments to others.

-Letting go of worries/fear/anxiety on results, knowing that I have down my best with the right intention.

-Being grateful for everything, including dislikes/undesirable situations, seeing it as an experience to gain/learn from it..

-Being humble knowing that everything is closely interlinked and how dependent I am with my surroundings. (eg during a meal, think about the source of each food->cooked and preparation by someone. All of this assisted me to be nourished from my meal)

-Using zero as a symbol as a self reminder to apply it in whatever I do.

We can turn egoistical thoughts into more loving and connected view of the world. Being more aware (without any judgment) of our mind, emotions, feelings, environment leads us to realise that we are not in charge of life or the universe. This further reinforced the notion that achieving samadhi cannot be accomplished purely by effort, but that it result from the grace of not knowing and being open to wisdom and guidance that is greater than ourselves.

“He who contemplates on sunya…is absorbed into space…think on the Great Void unceasingly. The Great Void, whose beginning is void, whose middle is void, [and] whose end is void. . . By contemplating continually on this, one obtains success [enlightenment].” 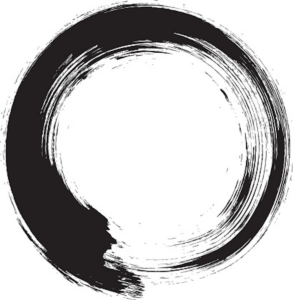 -The book on the Taboo Against Knowing Who you Are. Alan Watts, 2019.