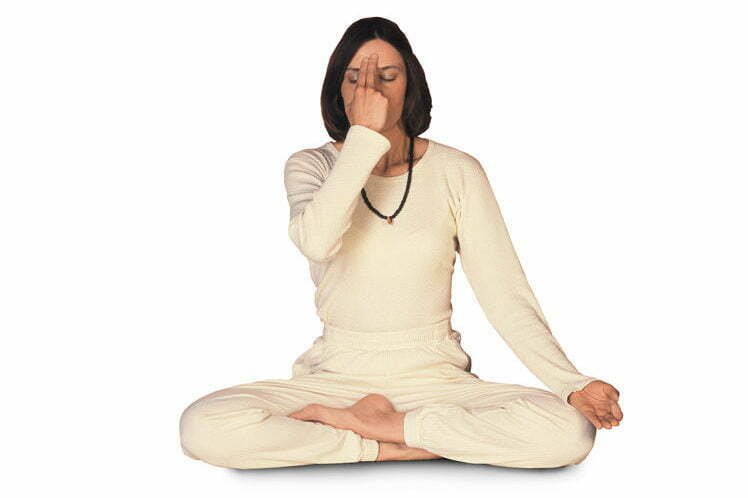 Yoga is beyond asanas. According to Patanjali’s Yoga Sutras, there is an eight-fold path leading to liberation, known as the ‘Ashtanga Yoga System’ or ‘8 Limbs of Yoga’.
END_OF_DOCUMENT_TOKEN_TO_BE_REPLACED

I chanced upon yoga a few years back when a new yoga studio opened just 5 minutes from where I stayed. I went for their open house during their grand opening and signed up for a one-year package. Took my first hot yoga and fell in love with it. That hotness in the studio makes you perspire like hell, but you feel so good after. That same night I slept like a baby.

I continued various different classes with different teachers. Hatha, flow, hot, yin and Ashtanga. That’s where I discovered the style (Ashtanga) that I love the most. I started attending Ashtanga classes more frequently on a weekly basis with the same teacher without fail. However, it started my love hate relationship.

Ashtanga has a fixed sequence that your body will remember after consistent practice. You just flow through the variation poses like water flowing with the tide. However, I find certain poses intimidating and challenging especially the inversion and backbending poses.

I guess quite a lot of beginners like me finds those poses a huge hurdle. Without proper guidance or explanation, there is no way you can learn to stand on your head or bend it gracefully like a gymnast. Pun intended…

Even though I continued my weekly classes without fail, I have yet to conquer that hate. After one year, I quit from the studio and yoga practice. And went on a hiatus. Until early last year, where my sister suggested to try out a studio (Tirisula) that she has been attending yoga classes regularly. I attended the first class with her and fell in love again. Angelika, the yoga teacher for that day was amazing. Her dedication to all the students of all levels was undivided. She pays attention to every student individual different needs and adjusted our posture for every class that I have attended. I must say, the teacher, teaching the classes plays an important role. She motivated me to overcome my hate. And from there I fall in love all over again and has never look back since.

The first of the Eight Limbs of Ashtanga (or Raja) Yoga is the Yamas. The word Yama in Sanskrit translates in to English loosely to mean Restraint. Thus the first Limb of the practice of Ashtanga is to restraint in how you deal with the world outside of yourself. There are five Yamas, which are outlined below:

Violence is not always literal, and so this must not be taken literally and in the traditional interpretation of the word. We can be violent in not taking action when we see or hear brutality and negativity in others, or push our emotions onto another. Forcing your opinion onto someone else is violent in the way you project your idea or lifestyle on another and expect them to change accordingly. Telling someone to believe something, act or speak a certain way, or go without something they personally need or desire is also violent. When we practice Ahimsa we acknowledge pain and suffering, desires and needs, opinions and beliefs. We appreciate the way things vary and where change and assistance are asked from you, the return is gentle and progress in to a new path is felt on a deeper level where it can be acknowledged fully.

Chastity is not to ignore your sexual urges. Chastity is only to allow that you are not controlled and ruled by these urges. We are animals with base instincts to be secure, fed, watered and reproduce. When we indulge in our base instincts regularly we begin to be overcome by them and lose some control of how we manage the rest of our lives. The practice of Bramacharya is the practice of acknowledging that we have these urges and with-holding our minds from being taken over with the drive to fulfill these needs to a point where our Mind and Soul cannot function.

In life we should be at peace with the possessions and relationships that we create, attain and receive without desiring instead the relationships, possessions and successes of others around us. The ideal of what we need and what we are lacking is a creation of doubt and unhappiness within our minds. Peace and contentment will not be achieved while longing exists outside of our being for something that we do not have. It is so easy to miss life this way, and happiness for the success of another cannot be genuinely expressed whilst you feel this jealousy.

The giving of something, whether it is a physical item, mental or emotional stimulation or simply some time and effort, without an expectation of anything in return, helps enrich the soul. True Aparigraha is the act of giving, not because we judge we are better than another so ‘it is our duty to help’, instead we give for the sake of giving and the way it makes ourselves feel. If the person in the supermarket is a little short of their change and you can provide this change, simply do. Don’t think or analyse or ignore. This is how we abstain from greed.

Ashtanga Yoga is the eight-folded path of yoga. It is a specific yoga tradition, but at the same time Ashtanga Yoga can be seen as covering all aspects of yoga within any yoga tradition.
Ashtanga Yoga is often called Patanjali Yoga, referring to Maharishi Patanjali, the ancient author of the famous Patanjali yoga sutras that describe Ashtanga Yoga. More recently (15th century) the term Raja Yoga is also often used instead of Ashtanga Yoga, meaning “royal yoga”.
Ashtanga Yoga can be regarded as a fourth option next to the 3 typical paths of yoga, namely bhakti, karma and jnana yoga. While these yogas rather directly aim at dissolving the ego, Ashtanga Yoga does the same job but more indirectly through mind. The second sutra of Patanjali already makes it clear: by stopping the modifications of mind the objective of yoga is reached. In other words, stop thinking long enough and the ego will no longer be fed by concepts. As the ego is nothing but a body of concepts, it thus dissolves through a process called Samadhi (effortless meditation) and merges with cosmic consciousness, which is the union that is yoga.
As Ashtanga Yoga also includes many aspects of bhakti, jnana and karma yoga, it is an extremely powerful yogic tradition. Stopping mind is not exactly easy, but the eight methodical steps of Ashtanga yoga make it possible for anyone to achieve that goal. Step by step, kosha by kosha, all obstacles to stop mind are removed and the attention is brought inside until the meditation becomes effortless and the dissolution of the ego can start.
Following is an overview of the 8 limbs of Ashtanga yoga, described as practices:
Yama (control): a series of don’ts in contact with the world outside, so that our relationships as well as our energy remain harmonious, providing the peaceful background needed for deep meditation. The disciplines in Yama typically include nonviolence, truth, honesty, sexual continence, forbearance, fortitude, kindness, straightforwardness, moderation in diet & bodily purity.
Niyama (rules of conduct): a series of do’s that helping in detaching from the world and the ego. Activities in Niyama typically consist of austerity, contentment, belief in God, charity, worship of God, study of teachings and scriptures, modesty, having a discerning mind, repetition of prayers, observance of vows and performing sacrifices.
Asana (posture): as a motionless body makes the mind quiet, and as an unstable body cannot remain motionless in deep meditation, many postures have been described of which at the least one sitting posture must be mastered in order to reach a deep state of meditation.
Pranayama (control of breath): control of breath brings mind under control, while the main aim is to store the energy that will be needed when in deep meditation breathing has stopped.
Pratyahara (withdrawal of sensory perceptions) : removing the attention from sensory input, so that it ceases to disturb meditation. This may be preceded by some focus on purifying sensory input, such as in rituals, use of meditative sounds, etc… Ultimately prana is withdrawn from the nadis that transport sensory input.
Dharana (concentration): the focus of mind on any single object, for example a mantra, or deep concentration on the six subtle centers of the chakras, starting from the first and gradually approaching the seventh, etc…
Dhyana (uninterrupted meditation): in which the concentration is uninterrupted, without a single disturbing thought, though this concentration still requires some effort.
Samadhi (effortless meditation, absorption, equilibrium): concentration is maintained, but it requires no effort. This stage allows for a rather long purification process through which the individual consciousness is finally dissolved in pure cosmic consciousness.
After a prolonged practice of samadhi there is no need to practice any longer, because the conscious connection to the divine is everlasting, which is called natural samadhi. Ultimately it leads to enlightenment.