Ever since moving to Singapore from the UK in 2012, I have been increasingly intrigued and impressed by the flexibility of the locals. Although my hips are not very flexible, I have been attending intermediate classes for a number of years.

Quite often I will find that there are a number of poses that I cannot even attempt due to me inflexiblity. This extends to binds as well. During the YTT at Tirisula yoga and looking more closely at muscles actions and movements, I’m interested to discover if I can ever come to a full lotus pose. After following the advice from Master Sree to frog pose and a half lotus for extended periods, I have been able to form some variation of a full lotus.

The fact that holding conditioning poses for extended periods has improved my flexibility leads me to think that regular yin yoga sequences would be a good idea for me and many other westerners who like to practice intermediate of even advanced yoga but have tight hips.

What are some yon yoga hip stretched that I could consider using in my practise?

Winged Dragon (five-minute hold on each side) 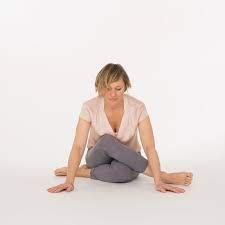 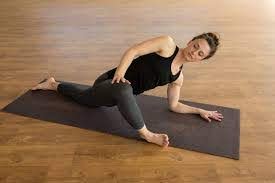 Shoelace (five-minute hold on each side)