Most of us have heard about the history of evolution. Charles Darwin had proposed the theory of biological evolution by natural selection. According to his theory, only the species fit physically for the environment had survived. This was true a few centuries ago.

In this modern day with all these advancements in medicine, do you think humans are evolving physically? Maybe very slow mutation in physical aspect is happening. In actual, there is no need for natural selection anymore to survive because human has made modern day living very easy with innovative technologies at least in urban cities.

As long as human species exist, there will be evolution in certain ways. Maybe mental evolution! We can see that in Singapore education system. GEP (Gifted Education Programme) and students are being banded based on their academic results are a few examples of how weightage is based on IQ (Intelligent Quotient). This is the point where there is a survival of the intelligent beings would be the fittest in the society. Intellectual growth is given more importance than ever before. It is growing exponentially.

Life in cities is not about hunting for prey but instead hunting for good jobs that makes us keep going. Studies have shown that there is more and more increase in intelligent and creative people. But the available jobs are not enough to recruit all those people, instead it leads to fierce competition to be the best. This has led to an evolutionary pressure in our mental well-being.

Having higher IQ (Intelligence Quotient) alone is not enough because EQ (Emotional Quotient) is equally important for a person to be sane. There are a number of successful people like Oprah Winfrey practices meditation. Meditation can be practiced by everyone that will have only good side effects. There are a number of drugs that will give us bliss states but those substances affect our nervous system and important organs in our body in a bad way.

There are a number of evidences that has shown that meditation has proved to have health benefits mentally and physically as well. It would be great if people especially who are living in urban cities take meditation practice as everyday norm just like we scroll our social media without fail. Some of the benefits we get by practicing meditation are:

Well, these are only a few benefits that research has shown so far by practicing meditation on a regular basis. We need not complicate ourselves by thinking we should do meditation for one hour every day. Just by practicing 20 mins meditation, we do get enough benefits to start with. 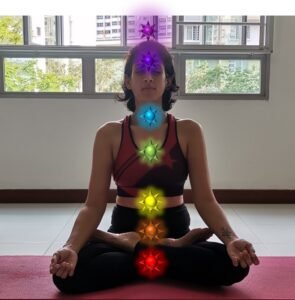 Meditation is for everyone regardless of gender, ethnicity, age, occupation and location. There are a number of techniques to do meditation. We can try and see which way suits us the best. Happy meditating to all!

Depression is usually caused by high levels of stress, for example, an illness, unemployment, the loss of a loved one or trauma. According to the World Health Organisation, over 300 Million people world-wide suffer from depression which affects a person’s family, studies or work.

Neurologists believe that depression is caused by low levels of serotonin due to the suppression of new brain cells. This is why the most common treatment for this illness is “serotonin reuptake inhibitors” (SSRIs), an antidepressant. Unfortunately, SSRIs can cause many side effects. Although mild, they include insomnia, rashes, headaches, body pain, nausea and diarrhoea, eventually the drug would’ve lost its effectiveness because the brain has developed a tolerance.

However, there is another way to combat depression without having to deal with any side effects and it is the continuous practice of yoga and meditation. There’s a study that proves, Hatha yoga which is a combination of physical practice, meditation and breathing exercises that has helped people suffering from depression.

Here are 4 Postures for Depression: