Before this course I had a very basic understanding of our muscles and bones; I knew what they had taught me in school but never had the chance to connect what I learned in a book to what I learned with my body in yoga.
The illiopsoas, one of the most powerful muscles in our hip flexors, was definitely something I had never learned about before. But ironically it’s one of the more important muscles that we use in our daily life and in yoga. It is made out of two muscles, the psoas major and illiacus. Both of these two muscles joint movements are flexing, laterally rotating, and abbducting from the hip. The psoas major’s orgin site is at the lumbar vertebrae and it’s insertion site is the lesser tronchater. The illiacus’s orgin site is at the illiac fossa and insertion site at the lesser tronchater, same as the psoas major.
Back to the illiposoas, one of the consequences of a weak illiposoas is a flat back posture. When the line of gravity falls a little bit posterior to the hip, it can create a extension movement at the hip. But normal and healthy illiposas usually counteracts this movement by creating a internal flexion. The stress on hip joints from a flat back posture can lead to instability in hip joints as well as muscle imbalances. When your illiposoas is strong your body will feel more relaxed and grounded. 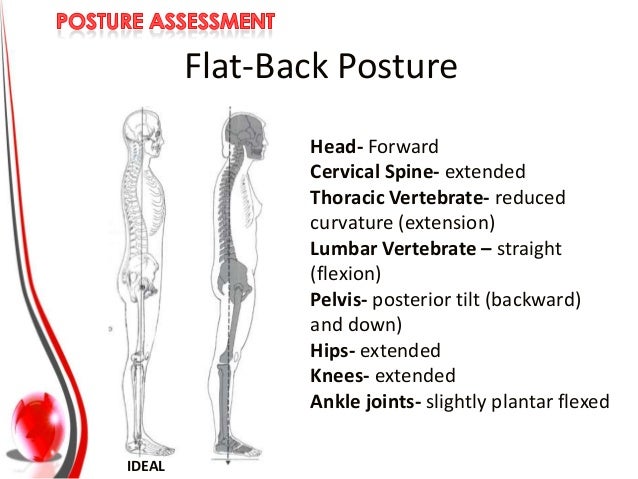 Some yoga poses to strengthen or stretch this muscle are the lunge pose, pigeon pose, navasana, and lying on your back and individually lifting your right and left leg straight up and stretching the hamstrings. These will help create more of a balance in your body while helping your muscles feel nice and stretched.
Lan Otani 200HR YTT

I’ve chosen to write about the iliopsoas muscle for 2 reasons. Firstly because yoga has done wonders to open this part of my body over the 2-3 years I’ve been practicing, but it’s only now when I’m learning more about the anatomy of yoga that I really appreciate that. Secondly, my interest was piqued when I read that some regard this as the area where the soul resides.
The iliopsoas muscle is made up of the psoas and iliac muscles. It is the deepest muscle in the body and is like a band which is wrapped around the anterior pelvic girdle:
• Origin: the origin of the psoas is in the lower back (L1-5) and thoracic area (T12), the origin of the iliacus is the iliac bone and sacroiliac joint.
• Insertion: the two muscles join together to form the Iliopsoas tendon, wrap underneath the insulin all ligament and is attached through one insertion to top of the proximal femur bone.
• Action: Flexion of the femur at the hip joint, and Flexion of the trunk, pelvic tilt and stability for lumbar spine. The muscle forms a pulley which increases the action of the muscle in contraction, simultaneously moving the lumbar spine, pelvis and hip. (Kaminoff and Matthews, 2012; Long, 2006; Kapit and Elson, 2014)
This deep muscle has a number of fundamental functions for the human body. In terms of anatomy, it enables us to walk upright, being the only muscle connecting upper and lower body. As such, it was vital in human evolution in 2 key ways: 1) an in-built survival reflex (which kept our ancestors alive in dangerous times), and 2) the evolution from stooped posture to walking upright.
This muscle is first activated when babies learn to sit up, after which it’s constantly working as we move around in our daily lives (Land, 2006). In functional terms, it is one of the key hip flexor muscles, enabling us to raise our leg as we walk upright. This deep, hidden muscle is vital for balance, muscular function, supporting abdominal organs and spinal stability as well as avoiding spinal hyper-extension (Proholm Olson, 2011). So it’s vital to keep this hard-working muscle in good condition.
However, it can become severely shortened when long periods are spent in a seated position, which is common these days for office workers or those who need to drive long distances. But it can equally be affected for those who regularly engage in activities such as hiking, cycling, weight-lifting that includes a lot of squats, and sports which require kicking. All of these involve continuous and often strenuous flexing of the leg and contraction of the iliopsoas.
When iliopsoas tendonitis (inflammation) or iliopsoas syndrome (a tear or rupture forms due to sudden contraction) occur, and the muscle is not functioning at optimum level, this can cause many problems (StretchCoach, 2016). Whereas tears are sudden occurrences that we will rapidly become aware of, and seek help for, inflammation in this area can arise over a long period of time and may remain untreated (Stretch Coach, 2016).
Issues with the iliopsoas can cause pain in the spine from Thoracic T12 through the Lumbar area (L1-5), in the hips, the piriformis and the sciatica nerve among others. Tightness and limitations in the iliopsoas function can even constrict deep breathing ability, since it connects to the diaphragm. Emotional and Behavioural problems can also arise when there is constriction in this area, due to constant triggering of the fear reflex, which leads to fatigue of the adrenal and nervous system and fear-oriented behaviours.
What makes it fascinating is that the roles of this muscle are not just anatomical but emotional and behavioural. The reason for this is that the iliopsoas is a primitive muscle, originating in the pre-human reptilian form. In other words, it is connected to our instinctive “fight or flight” reflex and the survival instinct. Indeed, iliopsoas is described as the “soul muscle” and the source of human intuition or “gut instinct”. Gurus back through history recognised the importance of this muscle, and it is similarly recognised in Taoist thought (Proholm Olson, 2011; Wilbanks, 2015).
When the Iliopsoas is opened up, relaxed and lengthened, then cosmic energy in the body, or Kundalini, flows more naturally and is able to energise the body and facilitate spiritual awakening.
Yoga asana practice can help us connect with this deep muscle, being able to relax it to keep it healthy, and being able to draw on its deep internal movement to deepen asana practice (Long, 2006). As well as improving stability, balance, spinal health and posture, working on the iliopsoas can help to reduce lordosis.
Asanas which rely on the iliopsoas, and which are hard to achieve if this area has chronic tightness include: Vrksasana (tree pose), Hanumanasana (front splits), Ustrasana (Camel pose), Natarajasana (Dancer pose), Utthita Hasta Padangustasana (extended hand-to-toe pose), Pincha Mayurasana (forearm balance) (Kaminoff and Matthews, 2012).
Asanas that contract the iliopsoas include Paschimottanasana (seated forward fold), Utthita Trikonasana (Triangle pose).
Asanas that stretch the iliopsoas include Setu Bhandasana (Bridge), Eka Pada Viparita Dandasana (one leg inverted staff pose) and Ustrasana (Camel).
Given that this muscle is deep in the body, relaxing rather than contracting it can take some focused work. Yoga asana practice can be particularly helpful for releasing and maintaining the health of this primitive muscle and it may well awaken our spiritual nature at the same time.
Author: Arwen, YYTC Jan-Apr16
References:
Kaminoff, L. And Matthews, A. (2012) Yoga Anatomy, 2nd Edition, Champaign, IL: The Breathe Trust.
Kapit, W. And Elson, L. M. (2014) The Anatomy Colouring Book, 4th Edition, Boston: Pearson.
Long, R. (2006) Your Guide to Functional Anatomy in Yoga: The Key Muscles of Yoga, China: Bhanda Yoga.
Proholm Olson, D. (2011) The Psoas: Muscle of the Soul, The Divine Feminine & Yoga, March 23, 2011 (accessed 28 Feb 2016)
Wilbanks, B. (2015) The ‘Muscle of the Soul’ may be Triggering Your Fear and Anxiety, http://www.wakingtimes.com/2015/06/02/the-muscle-of-the-soul-may-be-triggering-your-fear-and-anxiety/